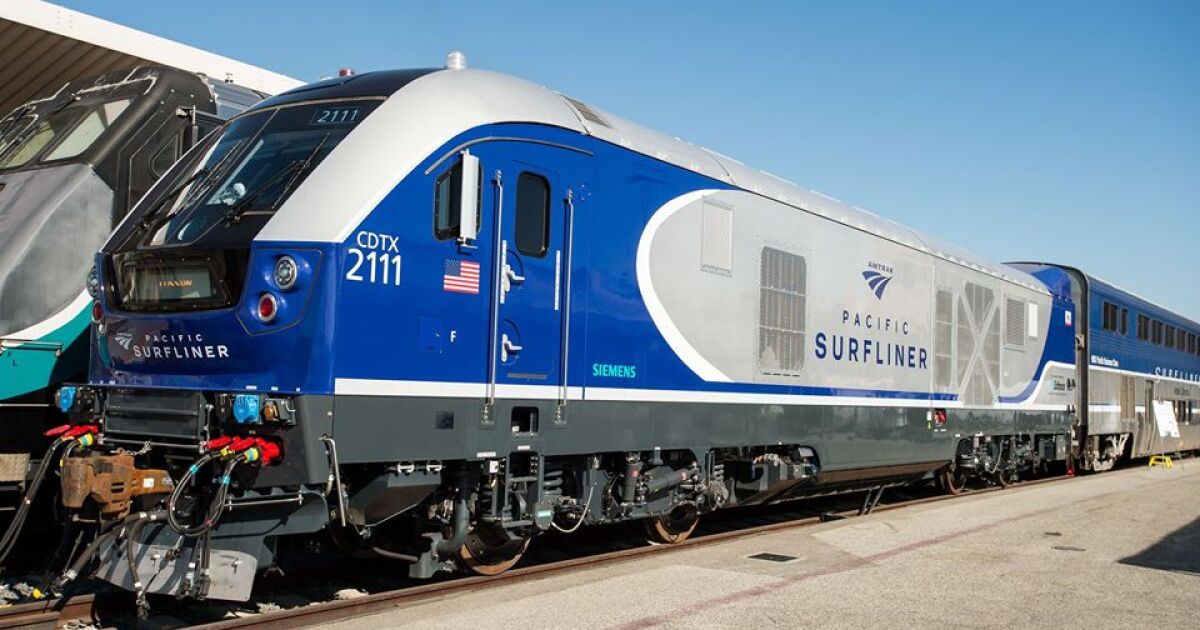 A threat of cliff collapse in San Clemente in late September continues to disrupt passenger train service between San Diego and points to the north.

Transportation officials told San Diego in September that passenger service would be suspended for at least 60 days.

“This holiday season is really the time when people enjoy this train ride. And people text me and text me and email me and say, ‘What are you doing? Why can’t I take the train to Los Angeles?’” Ikhrata said.

Southern California’s passenger shoreline, called the Surfliner, runs from San Diego to San Luis Obispo and is the second busiest rail corridor in the United States. An unstable slope above the track in southern Orange County threatened a landslide. Officials fear houses at the top of the slope will slide onto the track.

AMTRAK service between San Diego and Mission Viejo has been discontinued. Commuter train service on Metrolink has also been disrupted.

Unstable coastal cliffs are a major problem for rail service in Orange and San Diego counties, where coastal erosion has also caused temporary gaps in passenger service. Ikhrata said that while Orange County has dangerous erosion over the tracks, in San Diego the track bed itself is unstable and threatened to collapse onto the beach below.

“We don’t want our trains (in the end) to be floating in the sea. In Orange County, they don’t want the houses to end up on the route,” Ikhrata said.

The ultimate solution in San Diego County is to move the tracks inland. The State of California has pledged $300 million to San Diego for the geological and environmental planning of this move. The actual price of moving the tracks will be much higher.

Next week, SANDAG will receive the first $150 million of the government’s commitment. But much of the cost of actually realigning tracks has to be borne by the federal government.

Congressman Mike Levin, a Democrat who represents San Diego and Orange counties in the 49th district, told the midday edition of KPBS this week that federal officials are getting the news.

“We had Pete Buttigieg, the Secretary of Transportation. We had the President out and he also pointed out the rail corridor as a priority. And we’re going to move on as best we can and get those federal funds as soon as we can,” Levin said.

Ikhrata said when Buttigieg was visiting San Diego late last week, local officials took him on a train ride from Old Town to Del Mar to draw his attention to the need for coastal rail service.