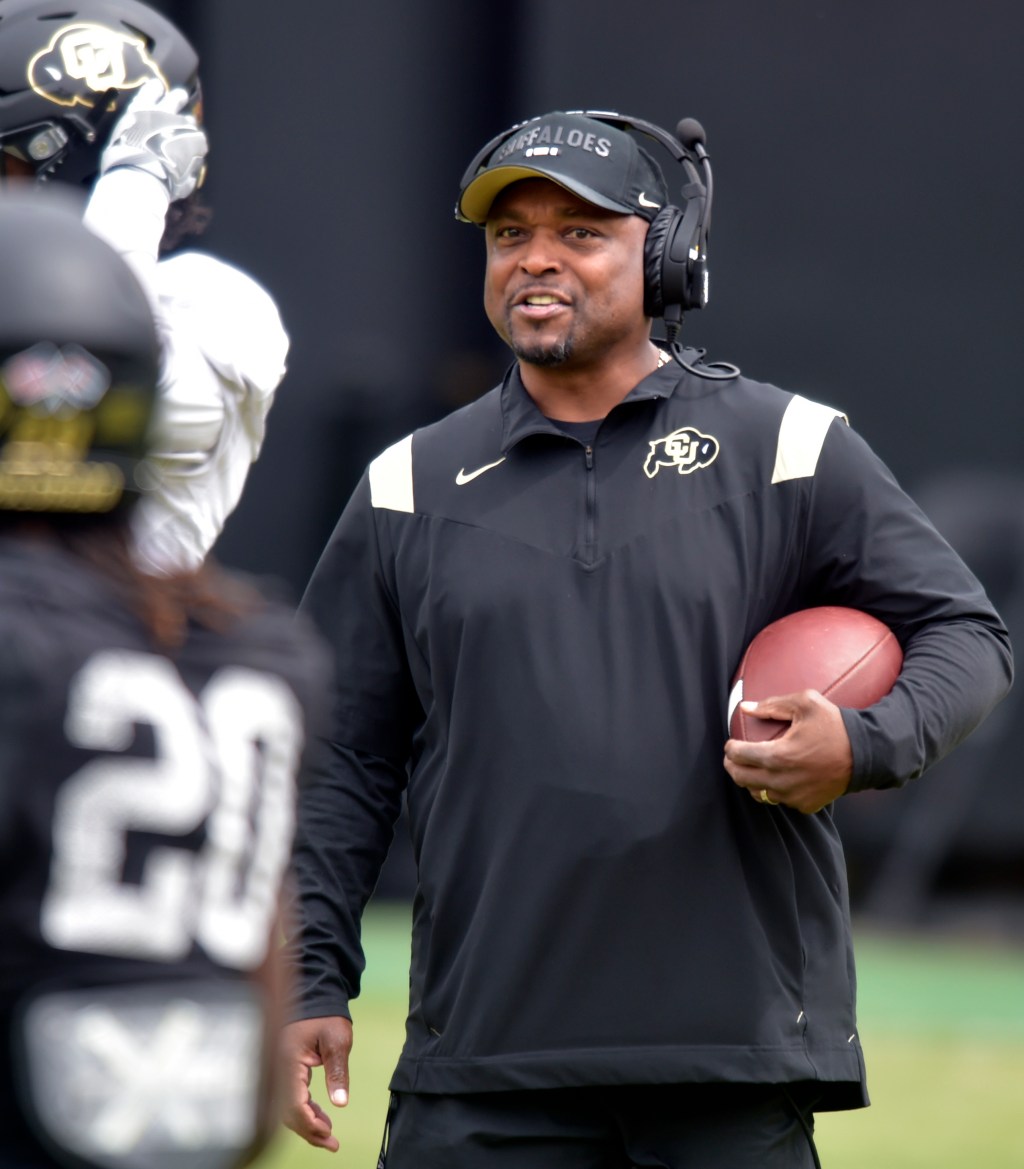 Darian Hagan has endured numerous coaching changes while on the Colorado football team, but that doesn’t make the recent change any easier to bear.

“I’m a little unsure because you never know what could happen,” said Hagan, the Buffaloes running backs coach.

One of the greatest players in CU history, Hagan led the Buffaloes to their only national title in 1990 as a brilliant option quarterback.

He returned to CU in the mid-1990s as director of the Alumni C Club. He left CU in 1998 for a career outside of football but then decided to become a coach. He was hired as an offensive assistant by then-head coach Gary Barnett on February 9, 2005.

Barnett was fired after that season, but his replacement, Dan Hawkins, retained Hagan as running backs coach — a position he held during Hawkins’ five-year tenure. After Hawkins was fired, Hagan spent five years off the field. He was Director of Player Staff for Jon Embree (2011-12) and Director of Player Development for Mike MacIntyre (2013-15).

However, in 2016, MacIntyre restored Hagan to the role of running backs coach. Hagan has since held that role, working for MacIntyre, Mel Tucker and Karl Dorrell.

On October 2, CU fired Dorrell and is currently in the process of hiring a replacement. Hagan has remained at CU through five other coaching changes and hopes to survive this one too.

“I’m a little worried, but at the same time, life goes on,” Hagan said. “You must go on living, be happy and strive for health.

“It’s unknown, but the most important thing is that I have a great family, I have great family support, so I’m not worried about anything other than not wanting to leave Colorado. Everything has an end and hopefully there is no end in sight.”

According to CU, Hagan will become only the ninth person in program history to reach the 300-game mark. Only two others – Kayo Lam and Brian Cabral – were players.

Senior Alex Fontenot hasn’t been much of a star in his career, but he’s been a grinder for six years and has perhaps been playing his best football since returning from a chest injury three games ago.

“I’m super excited (for Fontenot),” Hagan said. “For a man who’s been here for six years, he’s been through a lot of different changes, a lot of ups and downs, injuries, coaching changes; For a man who never loses sight of what he wanted, which was to play football and get a degree and go out on his own terms in the last three games, that’s great.

Fontenot has rushed for 219 yards in his last three games, averaging 5.8 yards per carry.

This season, Fontenot, who missed six games through injury, is second on the team with 304 yards. In his career, he has rushed for 1,547 yards, which ranks 29th in program history. He needs 66 yards on Saturday to finish in the top 25.

Senior safety Anthony Lyle, a graduate of Legacy High School in Broomfield, is one of the many players retiring on Saturday.

Lyle, who started his career at Eastern Michigan, joined CU in 2019. He was a standout special team and was played on a scholarship that season.

“I took every opportunity that came my way and I felt like I attacked them with 110 percent effort,” he said. “So I felt like, yes, I achieved what I set out to achieve, the things that were given to me.

“It flew by. It’s just one of those things where it’s like reaching the end, now that you realize have I taken advantage of every single day, every opportunity I have? So you can sit back and think about it. It’s just a surreal feeling and I’m just ready for the next step in life.”

Paul Finebaum says Clemson “did nothing” to earn a spot