Farmville officials are relaxing food truck regulations. This is a win for everyone 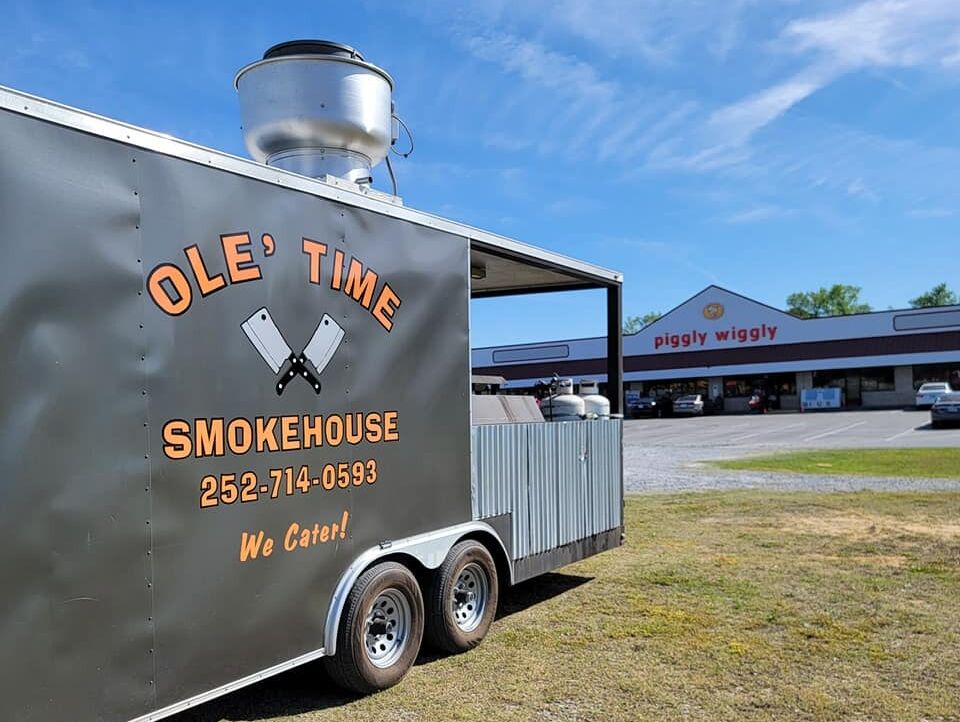 In 2019, Walstonburg-based grill master Mark Shirley decided to test his entrepreneurial skills by starting his own food truck business, Ole Time Smokehouse. If he can do that, he thought, he might eventually expand into a brick-and-mortar restaurant.

Ole Time Smokehouse was indeed a hit as Shirley built a base of loyal customers in and around the nearby town of Farmville and even managed to thrive during the pandemic. What he did not anticipate was that local officials would issue a series of arbitrary and onerous regulations aimed at driving him out of town and forcing him to fight for more than a year for his right to serve his Farmville customers to use.

A tale of government officials harassing an innovative small business is nothing new. But this one has a happy ending: Faced with a constitutional challenge, City of Farmville officials called a truce in their misguided regulatory war against Ole Time Smokehouse. And this isn’t just a victory for Shirley and his BBQ food truck – it’s a victory for the whole town and the right to make a living.

Trouble began in April 2021 when the Farmville Board of Commissioners increased food truck licensing fees from $100 per year to $75 per day. For Shirley, that would add up to $7,800 in annual fees just to conduct business in Farmville a maximum of two days a week — another arbitrary limit in the new ordinance that hasn’t been imposed on any other business in the city. The board also increased the distance that food trucks must keep from brick-and-mortar restaurants. Suddenly, the downtown spot Shirley had rented to park his truck for the last two years was too close to a nearby restaurant.

So he moved his truck outside of Farmville, and while he kept his head above water thanks to loyal customers and a thriving catering business, the injustice of the punishing new regulations nagged at him. Mark decided to fight back.

A local attorney, Billy Strickland, suggested speaking to the Pacific Legal Foundation (PLF), who provided him with free legal counsel to challenge the city in court. PLF argued that the board’s abusive regulations, tailored to discriminate against food truck owners, were illegally designed to favor existing brick-and-mortar restaurants and the North Carolina state constitution’s right to the “fruits of their own labors” and the warranties for equal protection violated the law.

The good news is that Farmville officials have decided to back down from food trucks in the face of a looming lawsuit. Maybe they sensed they weren’t on a strong legal footing, or maybe they realized that a lawsuit against an entrepreneurial food truck owner wasn’t the image the city wanted to project.

Whatever the motivation, the guides deftly made a course correction. The board lowered the license fee for food trucks to $300 per year, eliminated the outrageous frequency limit that limited food truck operations to just two days a week, and allowed more freedom to operate in more locations. In addition, the board added a daily permit fee, allowing fledgling food truck operators to test Farmville’s waters without committing to a year-long permit.

City officials made a mistake by turning the permitting process against a small business owner in such an abusive manner, but the good news is that they’ve recognized their misstep and changed course. All too often, politicians, bureaucrats, or regulators will back down in such cases and will not back down, even when they are wrong. It reflects the City of Farmville’s leadership that they were willing to step back and choose a more constructive approach. That sends an encouraging message to fellow entrepreneurs that Farmville is a good place to do business and sets an example for other cities looking to attract more businesses and patrons.

Farmville isn’t a big city — the population is just over 4,700 according to the 2020 census. So it’s best if everyone finds a way to work together, which is what happened in this case. A fairer and friendlier approach to food truck regulations will encourage entrepreneurship, boost local economies and provide residents with more dining options. Farmville’s fresh approach should be a win for everyone.

But the work of the Pacific Legal Foundation is not over yet. PLF continues to provide legal assistance to entrepreneurs who find their constitutional guarantees of the right to make a living under fire from local government officials. You can learn more about North Carolina’s latest case and submit your case if you face restrictions similar to those of Mark Shirley.

Jessica Thompson is an attorney at Pacific Legal Foundationa nonprofit legal organization that defends Americans’ freedoms when threatened by government encroachment and abuse.