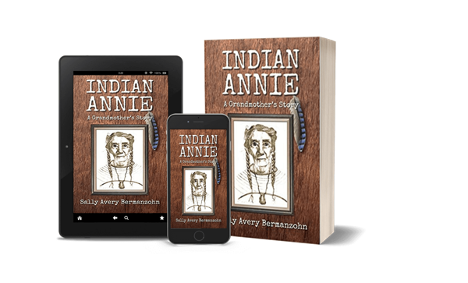 Acclaimed historical author Sally Avery Bermanzohn recently published Indian Annie: A Grandmother’s Story – a retelling of her family’s ancestors as members of the Chickasaw Nation – in the first-person perspective under the self-publisher Inks and Bindings.

Indian Annie: A Grandmother’s Story is not Sally’s first foray into historical fiction. Her dissertation, which she wrote while she was doing her doctorate in political science at the Graduate School in New York, resulted in the book, Through the Eyes of Survivors: From the Sixties to the Greensboro Massacre (Vanderbilt University Press, 2003).

“Similar to Through the eyes of the survivorsSally Avery Bermanzohn’s personal account of her family history, Indian Annie: A Grandmother’s Story draws on her grandmother’s life experiences as a 19th-century Indian and member of the Chickasaw Nation,” explains an Inks and Bindings representative.

Indian Annie gives readers a deep dive into a lost chapter in Native American history. It tells the story of a grandmother, Annie, who was born into the Chickasaw nation and whose ancestral home is in the Deep South. The story goes on to detail how Annie and her family refused to leave their homeland during the Native American displacement of the 1830’s. Instead, they chose to hide out in their small village in the remote mountains of Northwest Alabama known as the Freedom Hills.

“Indian Annie gives voice to the main character, a grandmother, Annie, through her nephew Ned. Annie tells Ned of her village’s survival against the odds of war, murder, and starving winters, while never forgetting to enjoy the good times. The strength of her extended family is the backbone of Annie’s story. Their spiritual way of life is based on strong connections to the earth and to Alabama’s myriad native plants and creatures. Those connections, and the pain and joys of living close to nature, are felt through the sensitivity with which Sally tells the story of Annie.”

Though raised and partially educated in New York, Sally’s spirit remains deeply rooted in her family’s homeland and her quest for recognition. Her social conscience led Sally to become an active participant in movements for civil rights, women’s equality and ending the Vietnam War while studying in North Carolina in the 1960s. She was also previously a community organizer and later a union organizer.

“Sally’s presence at the 1979 Greensboro Massacre, where the Ku Klux Klan attacked protesters, killing five people and her husband surviving the gunfire, undoubtedly had a profound impact on her outlook on life. I believe these events have given her a level of insight and compassion that is hard won but that makes her historical fiction infinitely relatable,” the representative concludes.

Indian Annie: A Grandmother’s Story is available from Amazon, Barnes and Noble, and The Book Depository. It is available in large print paperback and Amazon Kindle format.

Sally Avery Bermanzohn has ancestral roots in the South but grew up in New York. After school, she went to North Carolina to attend college and was actively involved in the 1960s movements for civil rights, women’s equality, and ending the Vietnam War. After graduating from Duke University, she became a community organizer and later a union organizer. Sally was present at the 1979 Greensboro Massacre when the Ku Klux Klan attacked protesters and killed five people. Her husband survived a gunshot wound to the head and arm and is still partially paralyzed. Sally, her husband, and their two daughters later moved to New York City, where she attended graduate school and earned a doctorate in political science. Here she wrote a dissertation, from which the book arose. Through the Eyes of Survivors: From the Sixties to the Greensboro Massacre (Vanderbilt University Press, 2003). Sally taught at Brooklyn College for twenty years. Now retired, she lives in the Hudson Valley with her husband, cats and chickens and writes historical novels.

Around Inks and Bindings

Inks and Bindings is a leading self-publishing company in central California. Aptly located where fashion, entertainment and culture thrive, Inks and Bindings is focused on helping independent authors bring their literary works to life and reach readers around the world.