It’s been a big year for job postings in NC. He played a big part in the landing 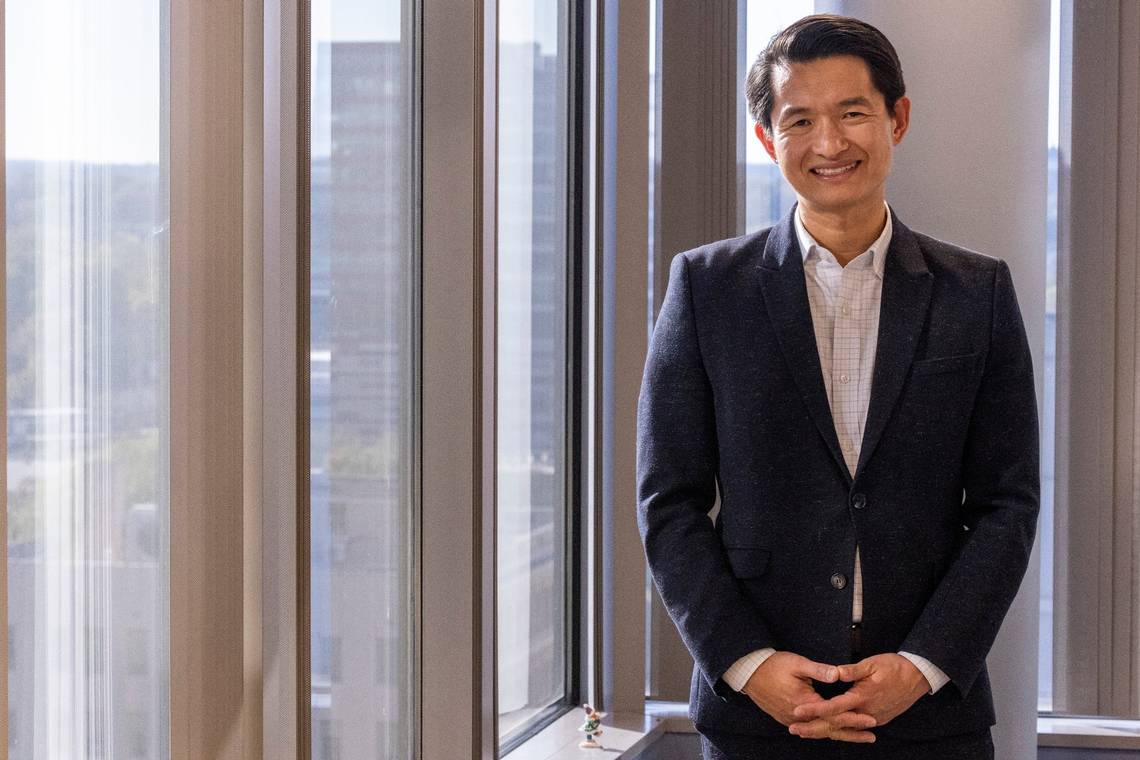 You may not know Christopher Chung, but you may have read the major headlines he helped create. Apple is coming to Wake County. Toyota comes to Randolph County. VinFast and Wolfspeed will bring big jobs to Chatham County.

Chung has also coordinated dozens of less-announced job postings, many of which predict will strengthen North Carolina communities from the mountains to the shore.

As CEO of the Economic Development Partnership of North Carolina (EDPNC), he leads the public-private partnership that attracts new businesses to the state and encourages existing companies to expand here. Corporate recruitment is not the organization’s only role, but it is the one that has received the most attention since its launch in 2015.

“There are many different actors involved, all playing their respective roles at the right time in this company’s decision-making process,” he said.

Chung joined EDPNC in its first year and is therefore in a unique position to set the direction of the new organization. Many stakeholders play their part in attracting large corporations, from the state Department of Commerce to the project sites themselves.

But Chung is often the first port of call for companies curious about growth.

“I think there has to be credit for the person leading the charge,” said Tony Copeland, Secretary of State for Trade from 2017 to 2021. “Who could complain where we are?”

Chung, 46, grew up in suburban Columbus, Ohio, as the child of Taiwanese immigrants. After graduating from Ohio State University in 1998, he immediately began working in corporate recruitment, first in his home state before working in Missouri and then North Carolina.

As North Carolina and the rest of the country emerge from the pandemic, the state has had a stellar year for major industry announcements. For Chung’s role in boosting the state’s economy, The News & Observer named him Tar Heel of the Month, which honors people who have made significant contributions to the state and region.

Chung spoke to The N&O about selling North Carolina to corporations and what books and quotes inform his work.

This conversation has been edited for clarity.

What elevator pitch do you give to companies considering North Carolina?

Ching: I get asked that question a lot, and to be honest, I don’t really agree with that idea. That’s why: Every company is really different. Even companies within the same industry have different needs.

We will talk about the transition of military service members leaving active duty and returning to the private sector. We’ll even talk about immigration, not immigration, of people moving here from other parts of the United States, further deepening and expanding the kind of talent employers have access to.

So the workforce will almost always be part of this pitch. And depending on whether it is a manufacturer, we could say that the cost of energy is among the most competitive. We could talk about our tax rates, our regulatory system. Of course we could talk about quality of life when they bring people here from somewhere else in the country.

What are the 6 largest companies, factories, bringing new jobs to North Carolina?

What’s one mistake you made at your first corporate mediation job in Ohio? And how did you learn from it?

Ching: I guess when I was a frontline business recruiter it was late in realizing how important it is to get the right ensemble of partners around the table that together help introduce a company, rather than thinking that’s all lies on me It wasn’t an ego thing like I was the only one who can make it happen, I think it was just a lack of awareness that I could turn to these different partners for help.

Using that collective voice of the Ohio team in a way that I sincerely hope I’ve gotten much better at.

What contribution have you made to the government’s efforts to attract businesses?

Ching: I was hired in part to build an organization that had never existed in North Carolina. And honestly, when it was created there was a lot of skepticism or doubt, like, “Hey, why is this necessary?” “How will this be an improvement on the old status quo?”

And I feel like after eight years we still have a lot of room to keep getting better, but I feel like we’ve won the respect and credibility of a lot of viewers, including groups who doubted that concept before eight years.

I’d like to think that one of the things that we’ve improved is the state’s ability to be extremely cooperative and in each of these individual activities that we have a chance to bring the right concert of partners to the table.

Which project are you particularly proud of?

Ching: Every project is important because after all we work across the country. A company that creates 2,000 jobs in a place like Raleigh is great. And that’s worth celebrating as much as possible. But in a more rural area, 200 or 300 jobs can have the same impact.

Some are skeptical about these economic projects, either because of the changes they can bring or because of the tax incentives that companies will receive. What is your answer to this?

Ching: In 25 years of doing this type of work, I always welcome the conversation because I understand that not everyone agrees with this particular type of economic development. And not every church wants to see that. And that is certainly her prerogative. I think that as a state organization we never want to force a company into a community that doesn’t accept it, because that’s not good for the company in the long term either.

North Carolina has learned over the past half-century that as a state heavily oriented towards tobacco, textiles and furniture, we don’t know which industries will dominate 25 years from now. And so it’s a way to diversify so as not to put too much on one card. It’s really no different than what they advise us to do for retirement, isn’t it? Spread across stocks, bonds, many different industries. Economies should really try to do the same.

Which books influenced your work?

Ching: Outstanding is “The New Geography of Jobs” by Enrico Moretti, the professor at Berkeley. It’s about places like the triangle being labeled in terms of the types of jobs being created in that region and what that means in terms of the quality of jobs that exist in the rest of the economy.

The Factory Man is a really good one by Beth Macy. It’s actually about the Bassett family in Virginia. They’re a big furniture name. It talks about how furniture was once the lifeblood of these southwestern Virginia and northern North Carolina cities and how global competition, outsourcing and offshoring really impacted these industries.

(For his third book, Chung chooses “Bad Blood” by John Carreyrou, about the Theranos-Elizabeth Holmes scandal).

What would have happened if Theranos had approached Missouri or Ohio or North Carolina at (Theranos’) summit? … I think many economic development groups would probably have tripped over themselves and announced this company and that would have been a victim of a company’s eventual implosion.

Do you have a favorite quote?

(Chung mentions a few, including the following quote, often attributed to Mark Twain:)

Ching: So I was very happy in Ohio, where I’m originally from. So, taking the job in Missouri with no roots or connections there, just the vision of an organization. Then North Carolina, similar situation with no roots or connections here. Came here eight years ago basically because some people thought I would have success with a similar model and asked if I would be willing to try it.

I think to some extent I took a bit of a risk on both and I’m really glad I did. I think my life would have been very different if I had rejected either of them.

This story was produced with the financial support of a coalition of partners led by Innovate Raleigh as part of a grant program for independent journalists. The N&O retains full editorial control of the work.

Do you like triangle tech news? Subscribe to Open Source’s weekly technology newsletter, The News & Observer, and look for it in your inbox every Friday morning. Sign up here.

Where is the state’s $5.4 million in ARPA funding going?