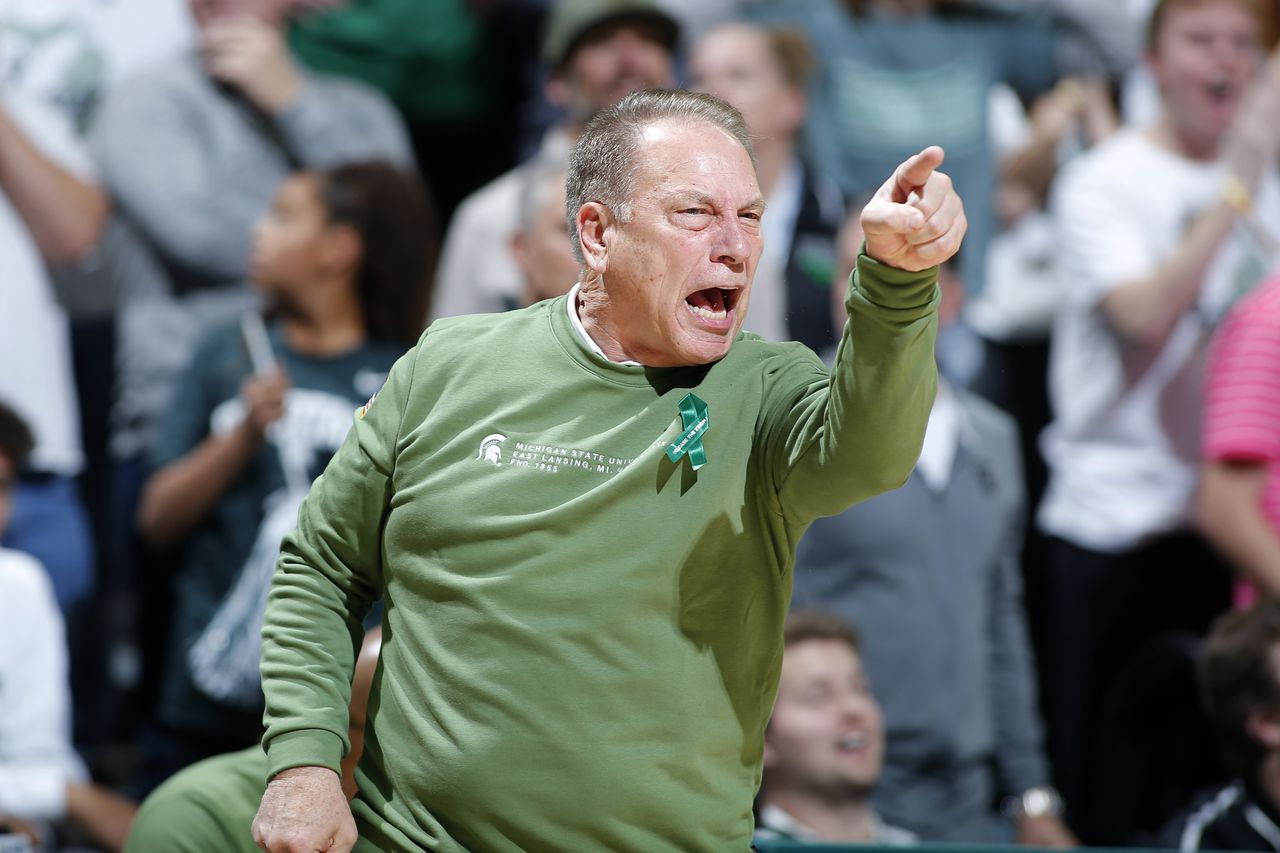 Crimson Tide coach Nate Oats worked as a junior coach at Michigan State basketball camps during the summers and then less than 10 years ago was a regular at Breslin Center as the head coach at Romulus High School.

“He knows a lot about our program,” Spartans coach Tom Izzo said this week.

But the style played by Oats’ team in Alabama is less well known.

Now in his fourth season in Alabama, Oats uses an analysis-based approach that relies on a heavy dose of 3-pointers – The Tide scored a whopping 46 in their last game.

Combine that with an offensive rebound effort that’s #1 in the country and unusual length up and down the roster, and even a 28-year head coach like Izzo marvels at the Tide and her style of play.

“I don’t know how to look at Alabama,” Izzo said. “It’s such a different team than I’ve ever seen or we’ve seen in our league. It really is a completely different team.”

Izzo and his staff have spent the last few days getting a grip on No. 18 Alabama of their Thursday match in Portland at the Phil Knight Invitational (10:30 p.m. ET, ESPN).

The Alabama game starts three games in four days for Michigan State; The Spartans play either No. 20 Connecticut or Oregon on Friday, and then play one of four different teams — including No. 1 North Carolina — in their tournament finals on Sunday.

Michigan State heads into the tournament with back-to-back victories over Kentucky and Villanova, which put them 12th nationally this week as they continue their historically difficult non-conference schedule in November.

The Spartans became one of college basketball’s surprise teams in November thanks to strong defense and an ability to end two tight late games.

Still, Michigan State may have to tackle the next part of that schedule without a key rotation player: Second guard Jaden Akins is questionable for Thursday after pinching his left foot — the same one he injured in September. He sat out practice on Sunday and Monday and Izzo said on Monday his status was uncertain.

That could leave the Spartans undermanned as they try to manage a long and talented Alabama roster.

“We need him with his athletic ability to protect these 3-point shooters that we’re going to face because there’s going to be a lot of them in that first game,” Izzo said.

Alabama is led by freshman forward Brandon Miller, a prospective top-10 NBA draft pick who is leading the tide at more than 20 points per game.

“Some people compare him to Kevin Durant,” Izzo said.

The Tide also recovered veteran point guard Jahvon Quinerly earlier than expected from a cruciate ligament rupture last season; He had eight assists in his second game of the season on Saturday.

While Izzo may marvel at Alabama and the way he plays, he won’t be as impressed on Thursday as the coach on the touchline, who said he never dreamed of getting the opportunity.

“It’s a bit surreal,” Oats said. “…It’s going to be a little bit different to go down and shake his hand before that game.”