“More and more” will happen 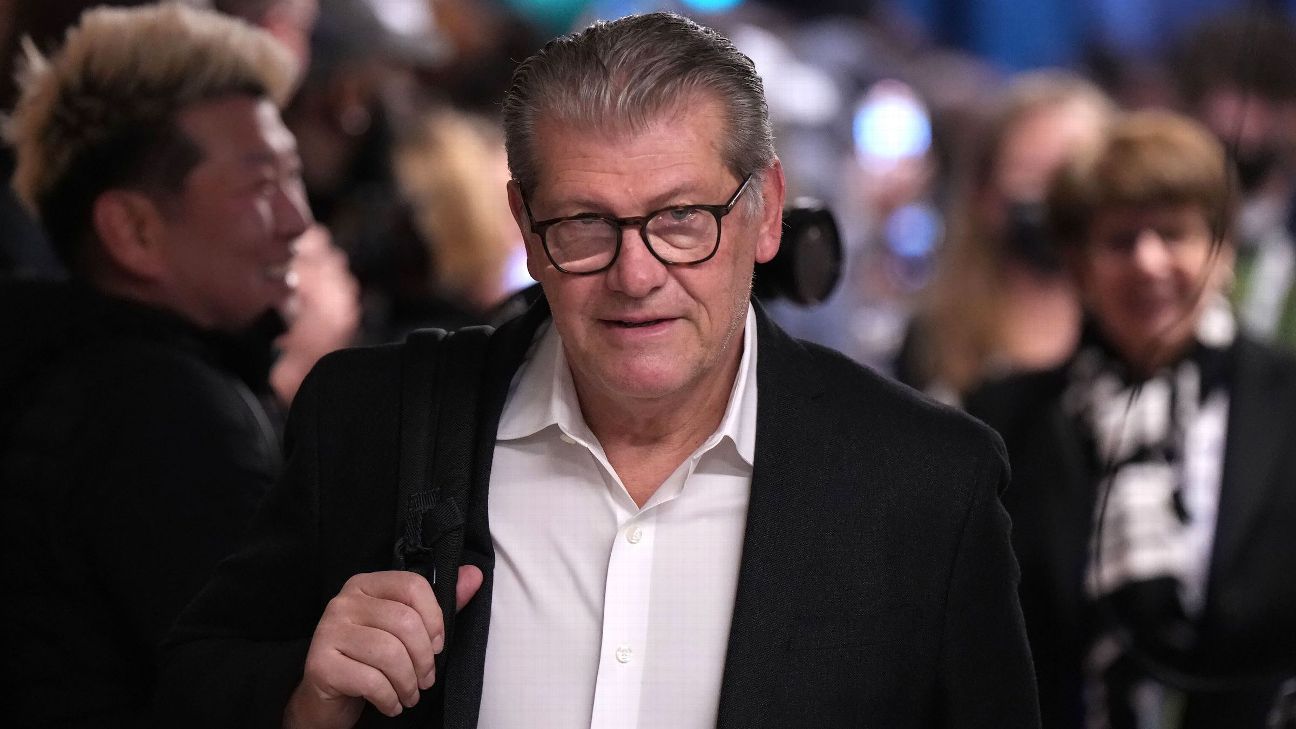 Coach Geno Auriemma, whose No. 3 UConn Huskies will play the Duke Blue Devils in the Phil Knight Legacy tournament Friday at 6 p.m. ET, says things should be this way.

“You’ll see that this happens more and more often,” said Auriemma. “Damn, that’s what everyone says we need, isn’t it? It happens all the time in men’s basketball.

“What we don’t need, when that happens, is to be like, ‘Ah, this team is no good. How could you lose against this team?’ Well damn, you can’t have it both ways: either the favorites win all the time and there’s no parity, or the other guys win and you’re like, ‘Let’s celebrate the guys who won and don’t bitch about the guys, who won that strayed.’ That’s what we’re all striving for.”

The Texas Longhorns, Tennessee and Louisville Cardinals ranked 3rd, 5th and 7th in the women’s preseason poll. They now have nine losses combined, five of them to teams not ranked at the time. Both Texas and Tennessee fell out of Charlie Creme’s bracketology this week, although they are expected to earn their way back.

Due to the quality of the schedules they play, all three teams have enough time to regain ground. But the losses drew a lot of attention early in the season. The 3-0 Huskies, No. 6 in the preseason poll, come from wins over Texas and the NC State Wolfpack, both of which were in the top 10 preseason.

Also in the Phil Knight Legacy tournament are the No. 9 Iowa Hawkeyes, who lost last week at then-unranked Kansas State. They face the Oregon State Beavers on Friday at 8:30 p.m. ET on ESPNU.

The Phil Knight Invitational, which starts here on Thursday, sees the No. 8 North Carolina Tar Heels to the No. 18 Oregon Ducks (5:00 p.m. ET) and the No. 5 Iowa State Cyclones to Michigan State Spartans (7:30 p.m.). , with both games on ESPNU. All four teams are undefeated.

“I don’t know if there are as many great teams as there used to be, but there are certainly more good teams who are able to beat the other good teams,” said Auriemma. “And they’re coming from places you wouldn’t have expected in recent years.”

Auriemma said the extra year of eligibility due to the COVID-19 pandemic affecting the 2020-21 season, the immediate eligibility of transfers and the constant activity of the transfer portal have impacted women’s basketball, as well as the men’s game.

“I think there’s a combination of things,” he said. “The coaching has gotten a hell of a lot better and the players are more confident. There is no conceding or [thinking] “We never beat her.” Creighton proved it last year [making the NCAA Elite Eight as a No. 10 seed.] It does not matter. You just have to be good, man.”

Auriemma also gave an update Wednesday on longtime UConn head coach Chris Dailey, who collapsed before Sunday’s Huskies game in Hartford, Connecticut. Dailey was taken to the hospital but was discharged later that afternoon.

“I think she’s taking a flight tomorrow to get out of here,” Auriemma said. “She stayed behind just to make sure they checked everything. They said: ‘You can go, clean bill of health.’

“We stayed in touch all the time, [her texting] with all employees and of course the players. She wasn’t physically here, but she was ‘here’.”