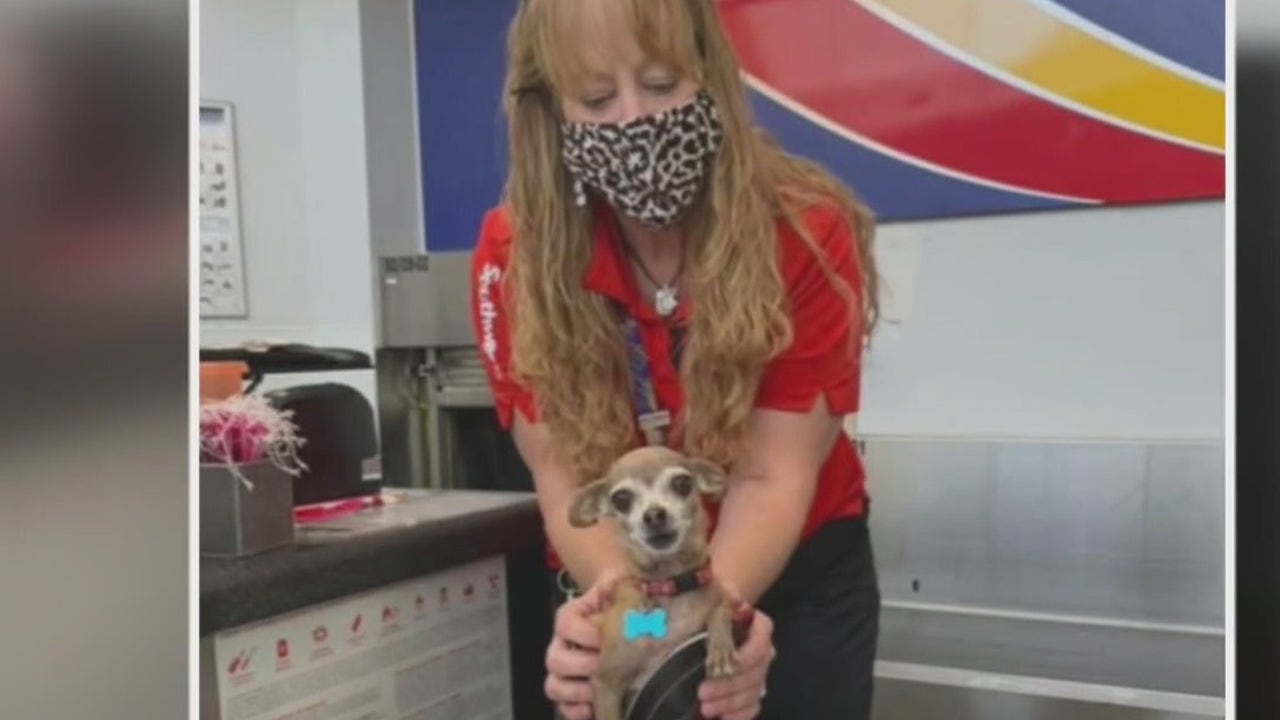 When they got to the airport, their luggage was two pounds over the weight limit, so they decided to switch things up. When they opened the suitcase, there was Icky!

LUBBOCK, Texas – A Texas couple shares their story as they unknowingly carried their five-pound Chihuahua to the airport in their suitcase.

“So yeah, we just accidentally took a dog with us,” Jared Owens said.

Jared and Kristi Owens from Lubbock were on their way to Las Vegas last fall and the plan was to leave their chihuahua “Icky” at home with Kristi’s mom.

“Just for a quick weekend getaway from our crazy house. All our animals, crazy kids,” Kristi said.

They admit they were in a rush because Jared was packing his suitcase at the last minute.

“I packed and checked a few things. I put my boots on last and zipped up,” Jared said.

Little did they know there was a small stowaway in that trunk. When they got to the airport, their luggage was two pounds over the weight limit, so they decided to switch things up. When they opened the suitcase, there was Icky!

“She was super cozy wrapped up in all the clothes,” Kristi said.

The Owenses were in shock and terribly guilty about what had happened, but Icky was fine.

“I’m not surprised that a pet can sneak into a bag every once in a while,” said Paty Mancha, spokeswoman for the Transportation Safety Administration in Texas.

Mancha says this is a teachable moment.

And I had to ask, what about Austin-Bergstrom International Airport?

“No, nothing like that happened. We’ve never heard of a cat being in a checked bag or anything,” said AUS spokeswoman Bailey Grimmett.

As for Icky, luckily Jared’s uncle, who lives near Lubbock Airport, was able to come and pick her up.

Jared and Kristi say the Southwest staff were super helpful and even sent them a shipping box for Icky.